MESSENGER was the first spacecraft to go into orbit around Mercury in 2011. This is not because there was little interest in this planet, but primarily because it is so difficult to do this. A direct Kepler orbit to Mercury would be a heliocentric ellipse with perihelion in Mercury’s orbit. But the spacecraft’s speed at that point would be very much faster than Mercury itself and directly braking into an orbit insertion is impossible.

The actual 6.6 year trajectory has been one of the most complex ever flown, with six gravity assist flyby’s at Earth (1), Venus (2) and Mercury itself (3). 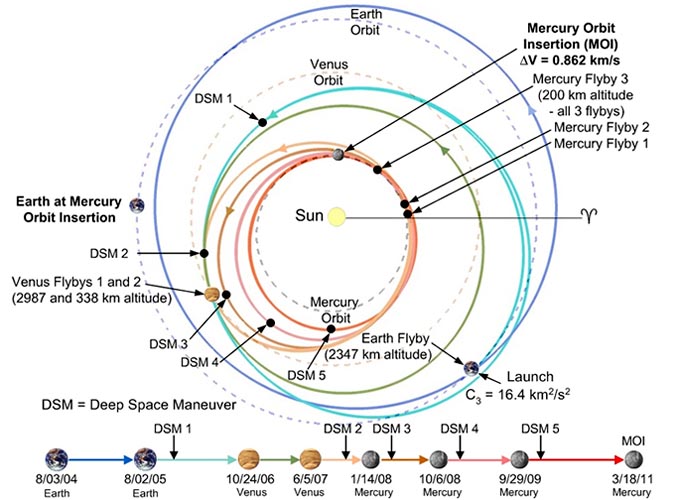 Notice the colour code in the diagram, indication the various phases. After each flyby the spacecraft gets into a narrower orbit around the Sun. In the final phase MESSENGER is almost in the same orbit as Mercury, and thus will have a small relative velocity with that planet.