GRAIL to the Moon - We can also make it really difficult to save energy.

The Apollo spacecraft took only three days to reach the Moon in a direct approach. The twin GRAIL mission launched in 2011 took a very indirect approach taking 3.5 months to save energy. 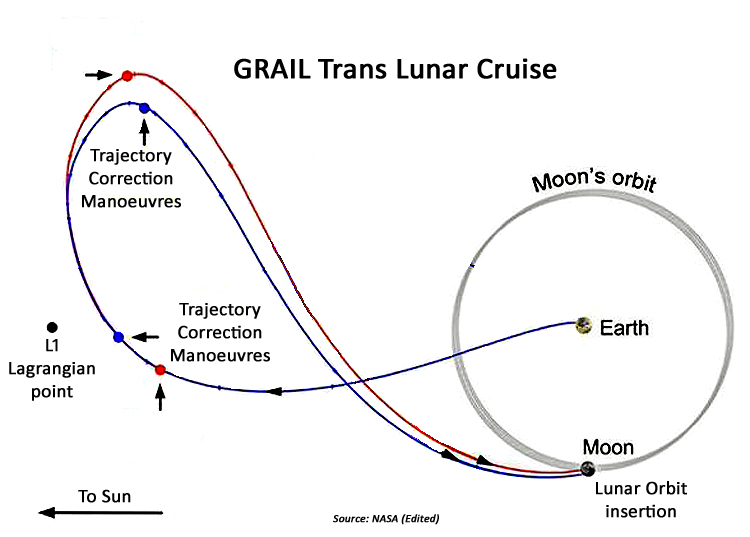 Grail trajectory to the Moon passed by the L1 Lagrangian point (see Chapter 5 above) between the Sun and Earth at low speed, before swinging back towards the Moon. The twin spacecraft arrived at low relative speed with respect to the Moon to also save energy with the slowing down.

Orbit insertion was performed separately for each of the two spacecraft. They needed to be in specific relative orbits around the Moon for their mission. The precise gravity mapping involved microwave ranging systems between the two spacecraft who therefore had to be in mutual visibility during the entire science phase at a very low 50 km orbit.