Star formation – How it begins 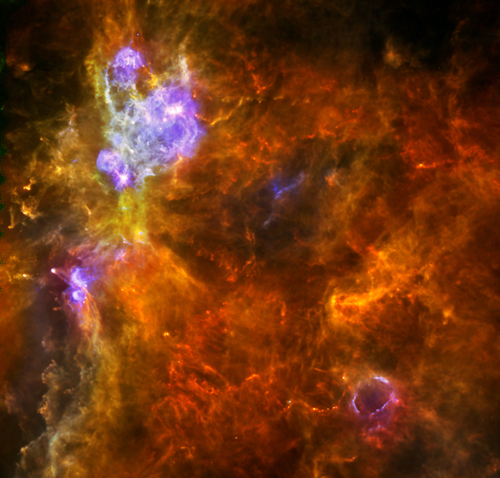 Herschel telescope image of a star forming region in Cassiopea. Credit and further info here Galaxies, including our own Milky Way galaxy, contain vast amounts of gas and dust in inter-stellar space in the disk region. Regions called Giant Molecular Clouds (GMC’s) can extend over hundreds of light years and contain as much material as millions of Suns.

The gas is predominantly Hydrogen, the most abundant element in the Universe, but it also contains other gasses. The dust particles are microscopic and are largely composed of Carbon and Silicates. Generally these inter-stellar regions are cold enough for molecules to exist. Under influence of high-energy radiation from young hot stars, the gas can become ionised and it then emits light in various ways, forming emission nebulae.

The process of star formation begins when a region of gas and dust becomes gravitationally unstable because a part of the cloud compacts and increases in pressure. This can be the result of a collision of different clouds, or be due to the shock wave of a supernova explosion (see below) or strong radiation of a nearby young massive star.

On a grand scale this can happen when neighbouring galaxies interact and massive “star burst regions” are formed, often as a result of a galaxy merger.

Once this compression occurs, gravity can cause further contraction which results in rotating clouds of compressed gas called proto-stars, in which the internal pressure slows but cannot prevent further collapse under gravity. At this stage bi-polar jets can appear on both sides of the rotation axis of the proto-star. Most stars form in groups in the same region and thus will have similar age. 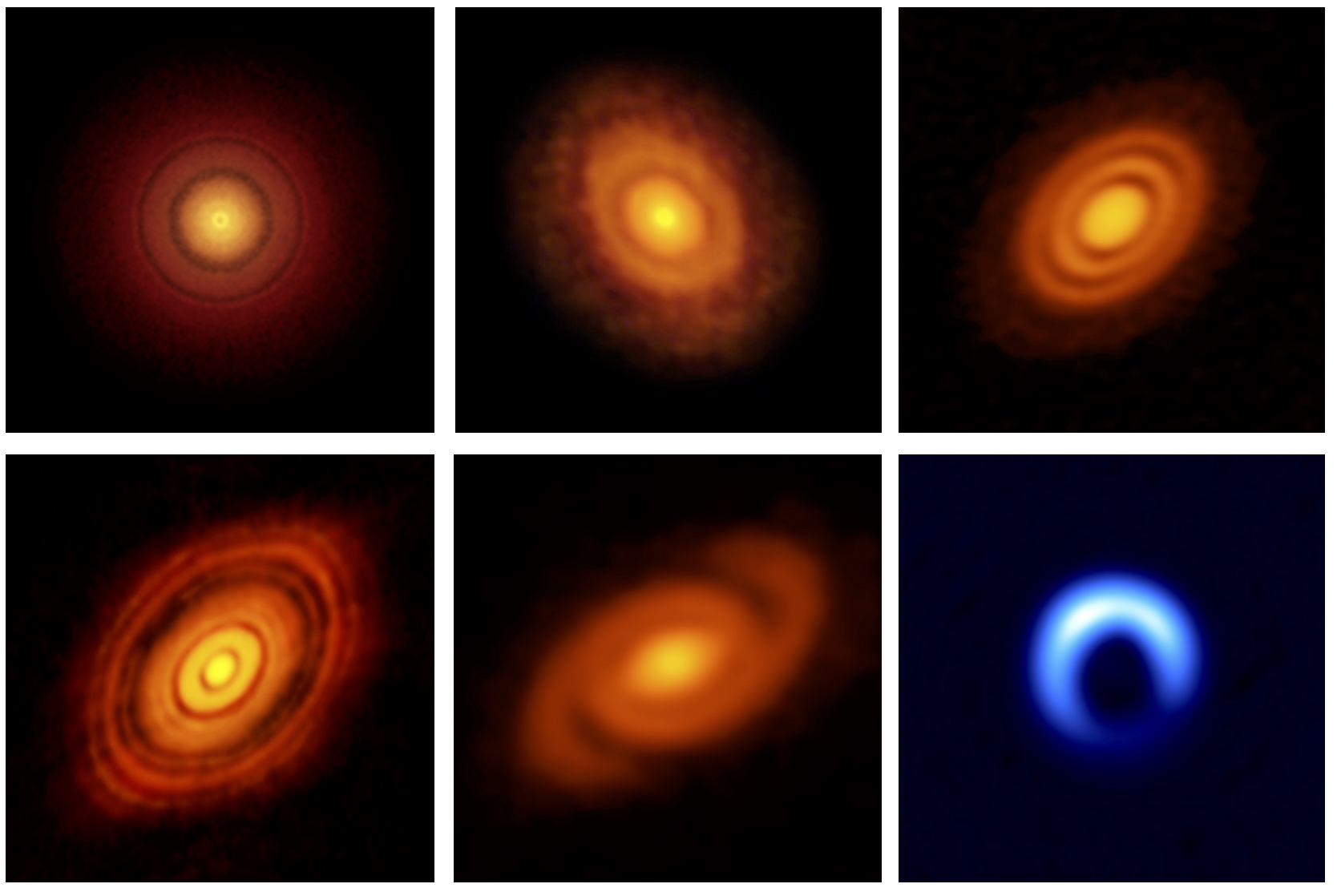 This process of star formation occurs in very dynamic and often violent conditions of turbulence and high energy radiation and is very hard to model. Very often proto-stars are blown apart before they can actually start nuclear fusion, so star formation is a hit-and-miss process. Stars can also become too big to ever form a stable star and they blow themselves apart as soon as nuclear fusion starts, resulting in one or more large stars and/or new clouds from which stars can form.

Ignition
When the proto-star collects more material from the area around it (accretion), the internal pressure can become so high that nuclear fusion starts. This is the moment that a proto-star becomes a real star, fusing Hydrogen into Helium.

The explosive start of nuclear fusion blasts away material around the young star and can possibly start the process of planet formation in a disk region surrounding the young star.
The formation of a star of Solar mass can take a few million years, but very massive stars can develop in as little as one hundred thousand years.