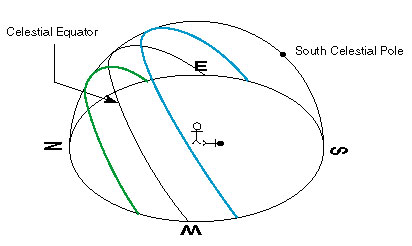 Image: physics.csbsju.edu For our local view this means that the sun follows a much longer and higher path in the sky in summer and a lower and shorter path in winter.

These seasonal effects are of course opposite on either hemisphere.

Do not confuse the ecliptic with the Milky Way that we can really see on clear nights. That shows the galactic plane and we will talk about that later. 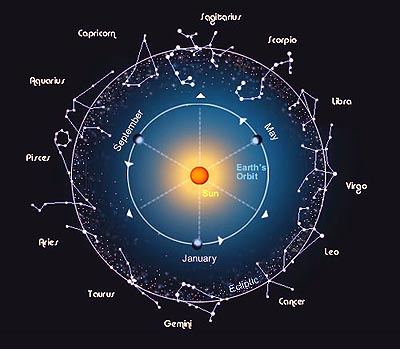 In astrology, the ecliptic is also referred to as the Zodiac, because the Sun and planets are all there. The twelve star constellations along the Zodiac are the birth signs used in astrology. Over one year the Sun moves along all twelve constellations of the Zodiac.