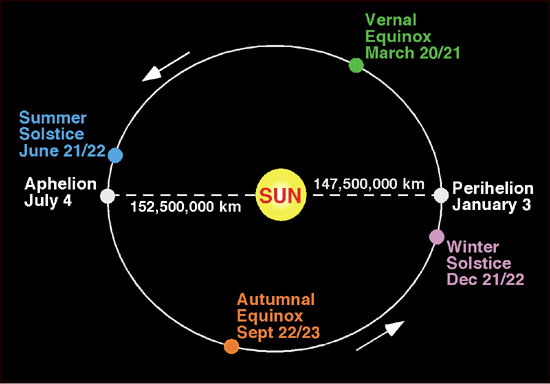 Image: ichthus.info It is often said that we have seasons (summer, winter and everything in between) on Earth because of the eccentric orbit of the Earth around the Sun.

This does have an effect on the amount of heat we receive from the Sun, but does that explain the seasons?

First of all this effect can not explain why we have opposite seasons on Northern and Southern hemisphere.
Secondly, the varying distance to the Sun will have some effect in the amount of heat energy received from the Sun, but certainly cannot account for the very significant changes in temperature between summer and winter.

Note that the Earth is closest to the Sun in early January.